新年快乐 Happy Chinese New Year to all of you out there.

I’m a Rooster1! An earth Rooster to be exact. I’ll let you do the math. This should be a good year for me – I’m due, that’s for sure! 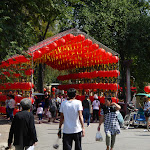 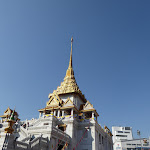 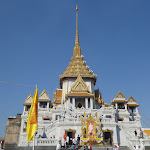 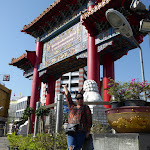 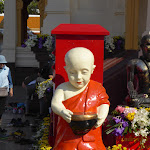 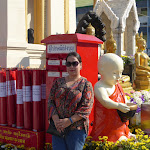 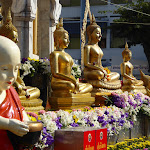 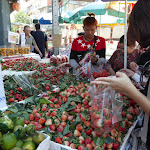 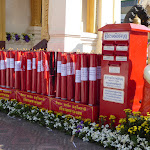 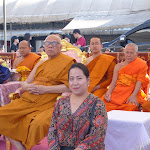 We saw in the new year by hitting a few temples on 28.01.17 in the Chinatown district of Bangkok with my good mate Ron in tow. It would give us both a chance to test out our new cameras – He recently upgraded to the Panasonic Lumix DMC-TZ80 and I purchased his old DMC-TZ70. I still think he’s the better photographer, with a great ‘eye’ for capturing that fantastic shot. I’ve got a lot of catching up to do, that’s for sure.

First stop was Wat Traimit (aka ‘The Golden Buddha Temple’) and we hit gold there, literally. We were lucky enough to see a new Buddha in the making – with gold leaf heated in a makeshift furnace before being poured into clay moldings. It was quite the spectacle – had never seen it before. We all agreed it was the highlight of the day. 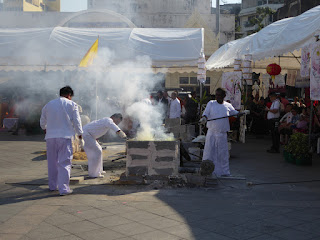 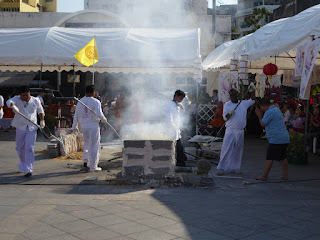 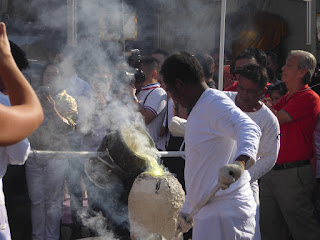 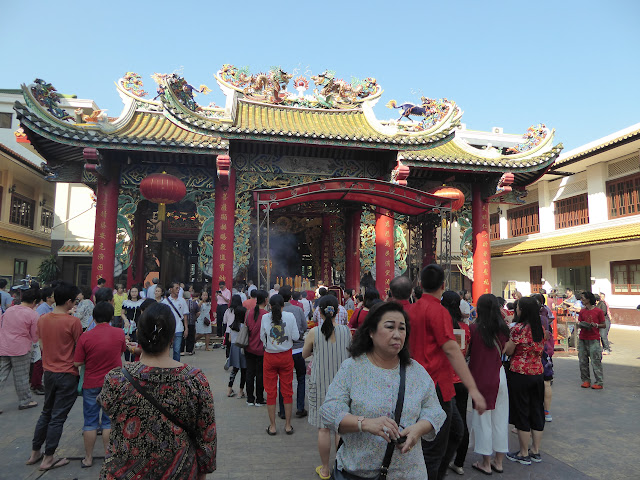 Then it was off to ‘Hua Seng Hong’ for a bite to eat – we always stop by whenever in Chinatown as the food is delicious and very reasonably priced (the bill for the three of us came in at under THB 600). We ordered an array of steamed Dim Sum, some Shanghai Noodles and washed it down with a pot of jasmine tea. 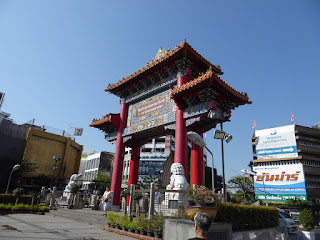 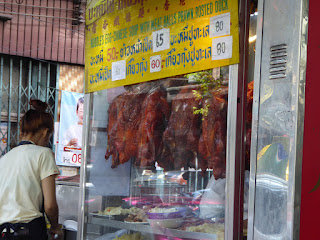 Then we took a peek at the main temple in Chinatown Wat Mangkon Kamalawat. Far too many people so just took a few pics and left. (the line to make merit was backed up into the street)

As the afternoon arrived we headed to Lumpini Park, where a cultural festival was being held that incorporated festivities for CNY (due to the passing of the late King Bhumibol they were not held in Chinatown this year).

After refreshments and photos were taken it was time to jump into a taxi and head to Sukhumvit Soi 8 for a much needed foot massage, followed up with a handful of cold beers.

Another great day out.

Chinese astrology is considered to be the most ancient system in the world and is believed to be over 5000 years old. While Western astrology is depends on the 12 months of the year, Chinese astrology is based on a upon a twelve year lunar cycle. Your sign is determined by the year in which you were born (in the Chinese calendar). Each sign and those born under it, are represented by one of twelve animals, and each sign is given a set of attributes that the Chinese believe describe the nature of each particular animal.

According to legend, the Lord Buddha summoned all the animals to wish him goodbye before he departed the Earth, but, only twelve animals came to bid him farewell. He rewarded them by naming a year after each one in the order that it arrived. Hence the First year belonged to the Rat, then came the Ox, the Tiger, Rabbit, Dragon, Snake, Horse, Sheep, Monkey, Rooster, Dog and Boar. This formed the basis of the twelve animal signs of the Chinese Zodiac. The animal ruling the year in which you were born has a major profound influence on your life.

This Rooster is overtly organized. He is a little reserved and quite careful in his decision-making. These Roosters are hard workers as well, and can handle several tasks at once. They are detail-oriented who are quite efficient and self-sufficient. They take on responsibility without a cause and are motivated only in wanting to be successful. Sometimes they can be abrasive with colleagues if work is not up to their standards. This can cause resentment, so the Earth Rooster must be careful in his approach of his point of view, being sure to be honest and still kind. ”