I could see the writing on the wall as borders across the globe started closing in response to the COVID-19 pandemic.

I hold what’s known as a Non-O Multi-Entry visa, which is renewed every 12 months and provides a 90-day entry which can be extended by a further 60 days by visiting the immigration offices at Chaeng Wattana in Bangkok. When applying for an extension my wife also has to be in attendance, and there’s the rub – no way did I want her to have to be around that many people in her current condition.

That was the right call as days later immigration was swamped with folks trying to desperately extend their visas.

So with only a month or so left until my ‘permission to stay’ expired I thought it best to make a mad dash to the border before they were shut. Little did I know just how close I was cutting it.

We left early for the 5-hour drive to the Punamron crossing just outside of Kanchanaburi, a trip I’ve undertaken many times before as it’s the closest land border to Bangkok.

I quickly realised I’d forgotten my buddha amulet which I always wear when driving. Luckily we weren’t too far from home and returned to grab it which proved to be a fortuitous decision.

I reckon it saved me twice that day. We all have our superstitions!

After arriving at 10.30 AM I noticed things looked a little chaotic compared to previous visits. The procedure is to hand your passport over and have it returned with the Thai immigration card partially filled in and pay a fee of 960 THB, a process that typically takes a minute or so.

There were a bunch of foreigners (‘farang’) sitting around waiting to get their passports back and I would soon learn this process had blown out to a 30-minute wait as I believe passports were being checked for recent travel history to countries identified as ‘high risk’ before being handed back with a health questionnaire which needed to be completed.

I witnessed one Italian being turned away. ‘No can go’.

Then I passed through Thai immigration and sat in the coffee shop expecting to have to make the van trip across the border and back, but as luck would have it only my passport made the journey while I enjoyed an early lunch of kaprow-moo and an icy cold coke.

My passport arrived back shortly before noon and I crossed the road and entered Thailand again, good to go for another 90 days.

Later that day, Myanmar issued a notice to shut down land borders to foreigners.

Unconfirmed reports suggest I was one of the last to cross. Yikes. We all get our luck in different ways.

A pitstop in Kanchanaburi

Given that the Mrs was feeling good and the next chemo cycle just around the corner, we decided to stop in Kanchanaburi for a few nights. We stayed at Ploy resort, as we love their garden rooms and the price was right, just THB 1100 per night.

We managed to get in a foot massage (yes we wore masks), the last one for a while I guess as they have now been caught up in ‘the shutdown’ now.

Ate a few meals in Tara. Great prices and tasty food, we always make a point of stopping in when in town. I had a ham & cheese baguette (pictured) and wasn’t disappointed. If you drop in, make sure to try their mango lassi – as good as I’ve had in Singapore’s Little India and that’s saying something.

I sat in ‘One More Bar’ for a few beers on Friday afternoon, while practicing social distancing, and said to an American ‘this bar could be shut down anytime now’. A few hours later after we returned from dinner, it was.

Wandered down to the check out ‘the bridge’ – hardly anyone to be seen, it’s usually pumping with tourists. Felt compelled to buy a few things from the market stalls as these folks will be really hard hit by the global shutdown which we’re all now witnessing. Some shorts to use as swimmers so I could have a dip in the hotel pool and a nice new cap. My ‘Illuminati’ one is succumbing to a little wear-and-tear now.

Found a fantastic restaurant – Keeree Mantra, on the outskirts of town.

It’ll be something we’ll laugh about for a while now. We’ve driven past this place many times as it’s on the way to the Myanmar border, and always thought it was a hi-so resort. The wife always asked: “So when are you going to take me there?”. If I knew it was just a restaurant, much sooner dear!

It’s an open-air restaurant set in grasslands with a man-made lake and mountains as a backdrop. Be sure to get there early and take a walk around before sitting down to dinner. There’s also a cafe so I guess you could just drop in for a coffee if your budget is tight.

Having said that, I thought the prices would be a little on the steep side but boy was I wrong. They’re reasonable and the food was well presented and delicious! 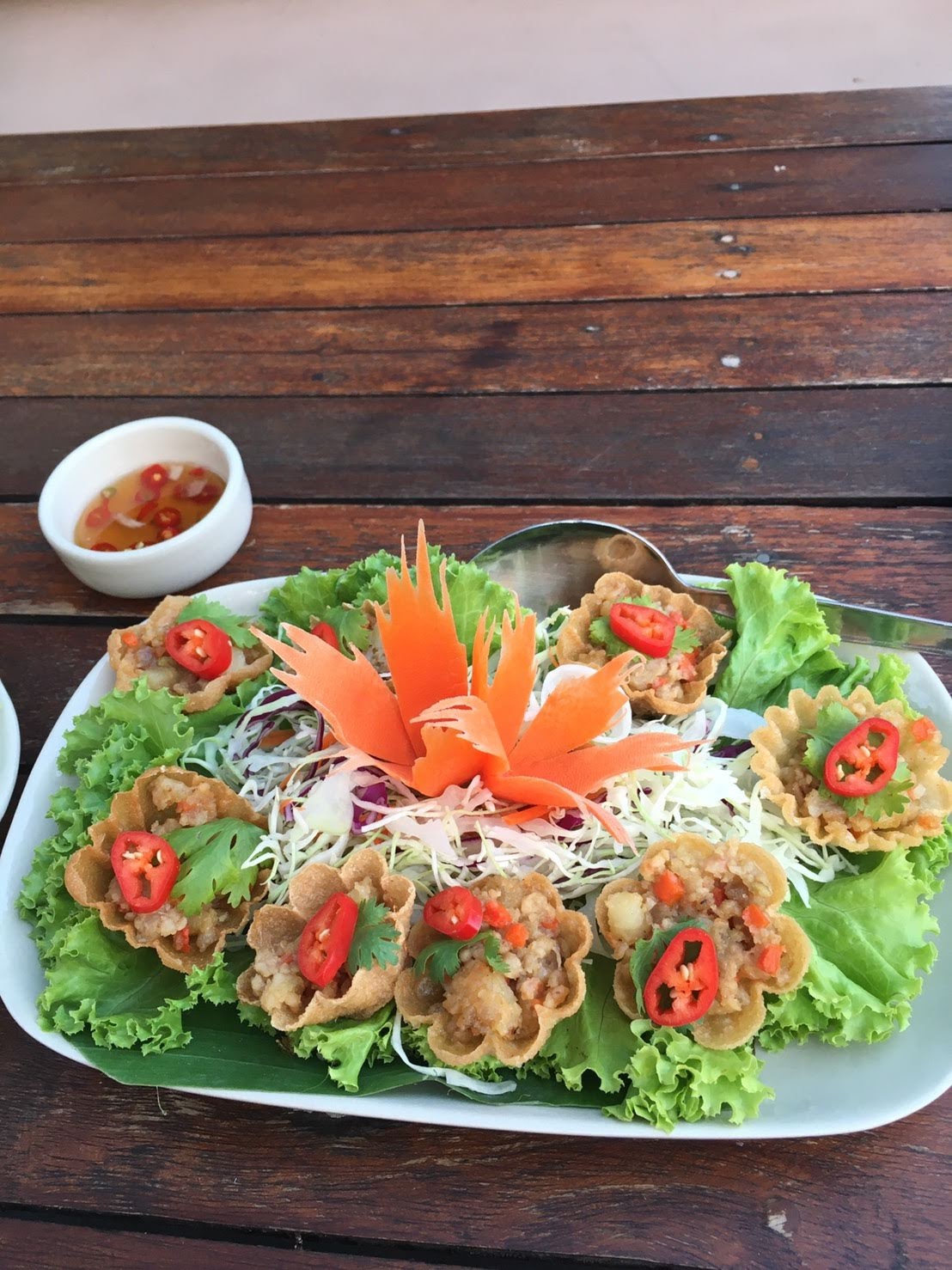 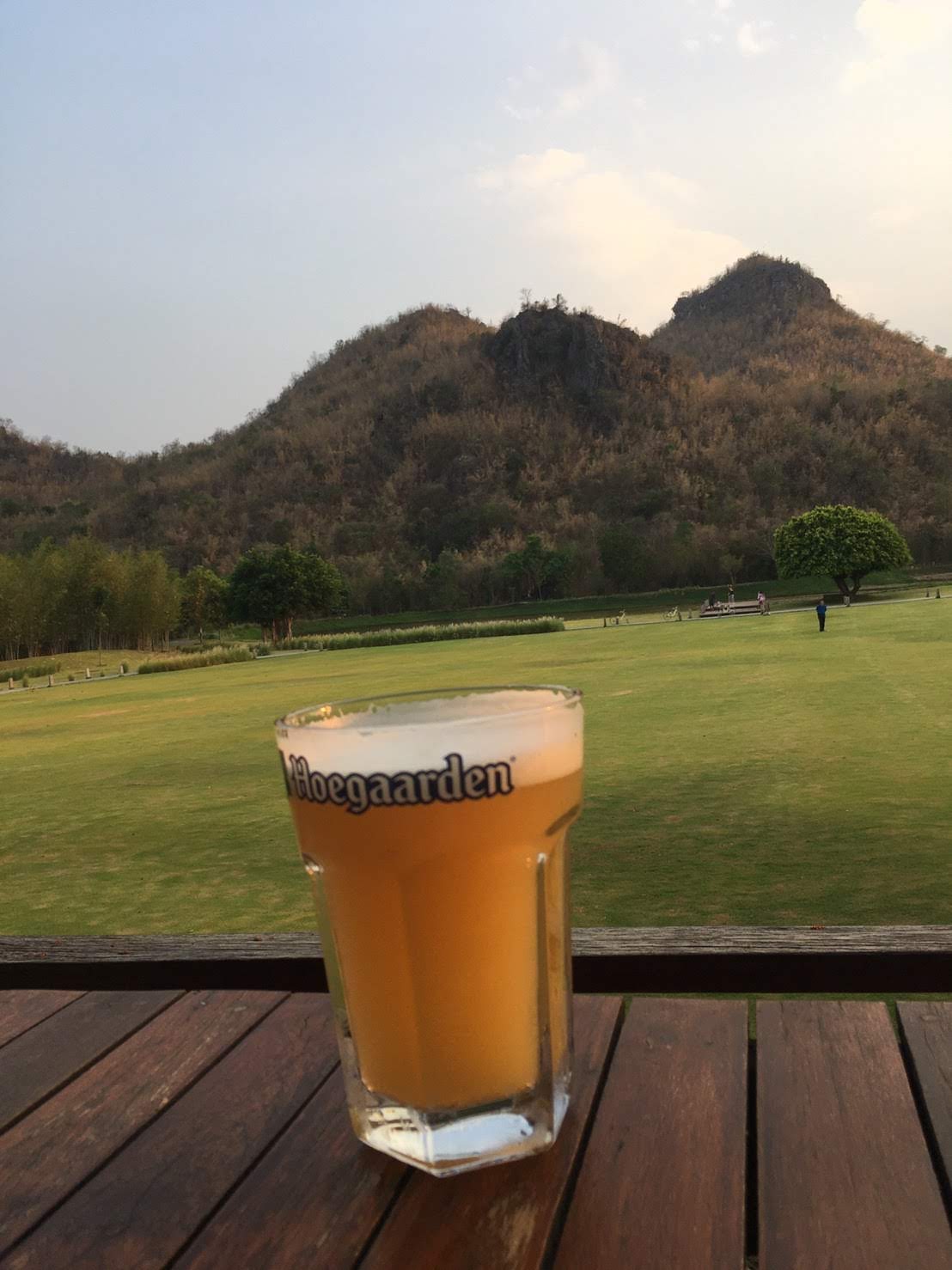 This turned out to be one of the best dining experiences in all my years in Thailand and at THB 1500 was a steal! (3 beers for me, wife didn’t drink)

Had an argument with a tuk-tuk driver after he tried to pull the ‘one-way’ scam whereby a return price is quoted but when going to pay you’re told: “No, that’s the one-way price”. Not the smartest thing to do in Thailand but I wasn’t having any of it. He was an old guy and I didn’t think he’d come after us with a bunch of his mates. Luckily, I was right. 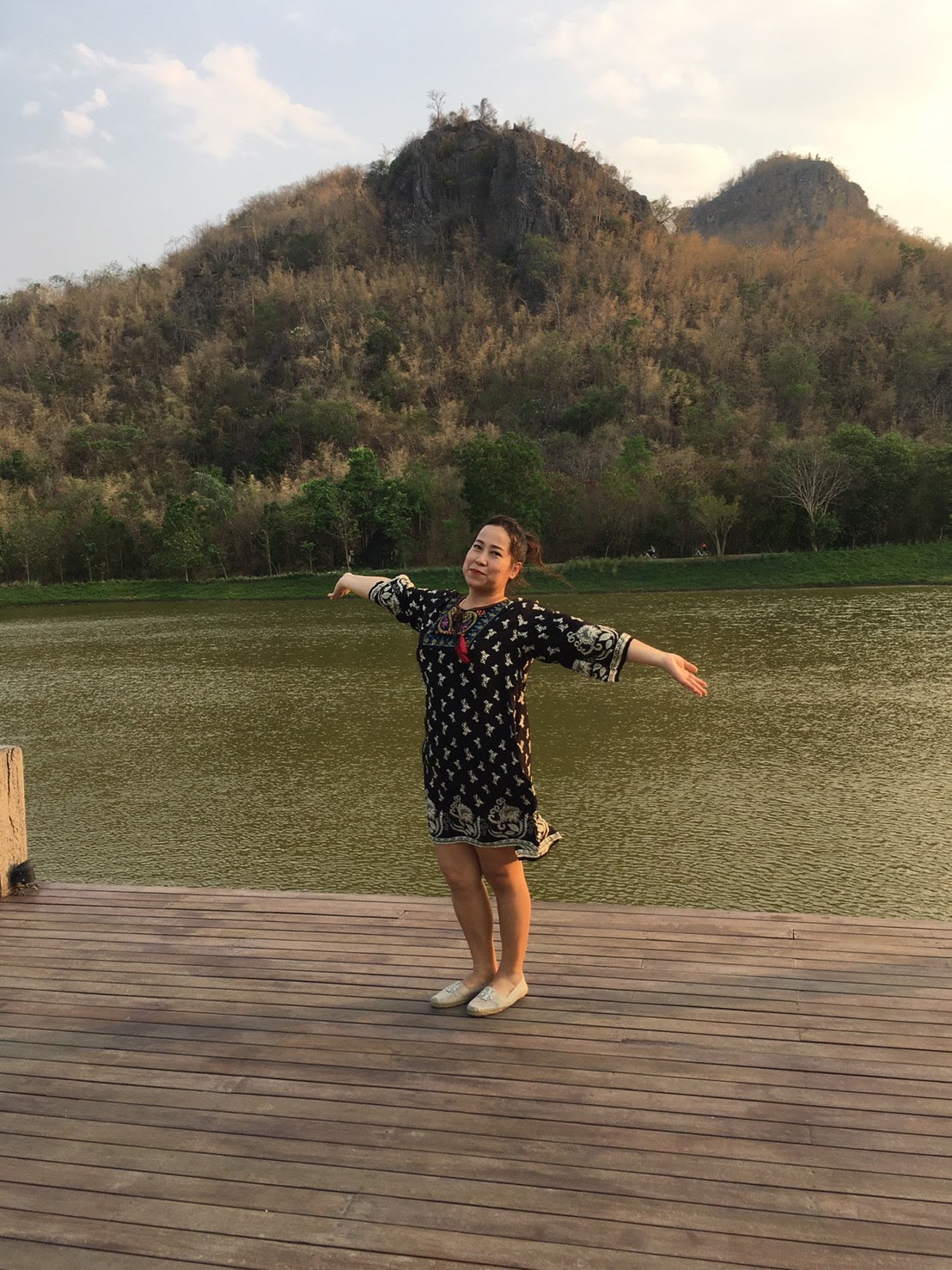 Don’t forget to check out the toilets while there. The ‘gents’ was amazing!

Great dinner with my beautiful wife! She was alive with the sound of music. I hope she stays that way for much longer.

2 Comments on "A mad dash to the border"

Never a dull moment. Love that Thai food. And great to see Tam looking as happy and beautiful as ever.

Yeah those days are few and far between 🙁 gotta make the most of ’em. Food was A1. If we ever get a chance will have to take you there – live and hope 555